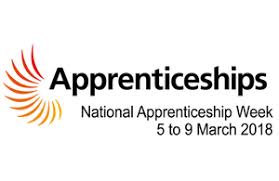 “An apprentice on the board within 25 years, that’s my aim,” vowed Bakkavor’s group apprentice manager, Cian Short, on the eve of this year’s National Apprenticeship Week (March 5-9). Fresh from winning the 2017 ‘Training Programme of the Year’ at the Food Manufacture Excellence Awards in November, he knows the lasting value of a well-trained and motivated apprentice.

“Without our apprenticeship programme that takes on 20-30 apprentices each year, we’d struggle to attract some of the young talent we now have,” he says. Although the Group is a leading global provider of fresh prepared foods with more than 18,000 staff across the UK and abroad, “people don’t know about us because we are not a branded company, so we work hard to attract talent. We currently have around 250 apprentices working for qualifications ranging from level 2 (equal to five GCSEs) through to level 6 (degree).”

Bakkavor, like many other large and small producers in the food and drink sector, is taking advantage of the new apprenticeship levy, a tax on companies with a £3m-plus annual salary bill that can be reclaimed to fund apprenticeship training for new and existing staff. Companies below the £3m threshold receive 90% government funding, paying just 10% of training costs.

What makes funding stretch much further is the choice of training provider. Bakkavor chose CQM Training & Consultancy Ltd, a food and drink specialist, to support a new adult apprenticeship programme at its Hitchen Foods factory in Wigan based on the new national ‘standard’ apprenticeships that are replacing the old-style ‘framework’ models.

“From the start CQM T&C delivered far more than they indicated,” says Short. “At the end of the first programme, we’d saved double the costs they told us we’d save. And, of the people they put through, eight were promoted at Hitchen Foods within six months of finishing the programme [Excellence award winner].

“Much of that was down to the apprentices’ confidence in their own abilities because of how CQM T&C had taught them. That’s continued with the second cohort. You can see the difference in people.”

Why so successful? “They really understand production, know what works, and are realistic about how they do things,” says Short. “We’re constantly on the phone, thinking about what we can tweak and do differently. They are more of a partner than just a provider.”

One of the shared goals is an emphasis on quality and return on investment. “We are really all about helping our nation close the productivity gap,” says CQM T&C’s managing director, Andy Cheshire.

“Unlike many apprenticeships, our programs focus on improving productivity – if you don’t bring benefits to the employer as well as the employee you don’t get sustainability and that is why we won the Excellence award with Bakkavor. They had generated tremendous savings for themselves plus customer benefits, as well as developing staff to sustainably improve their operations.”

Cheshire wants his clients to see CQM T&C as an extension of their operations, as a partnership to help develop their staff. “We have had an ongoing relationship with Hitchen Foods for the past three years.

With 1,000 apprentices on its books, and a 20-30% annual growth rate, CQM T&C expects all its trainees to deliver a substantial improvement project as part of their 15-18 month programmes, whether it be root cause problem-solving or the result of innovative thinking.

So, for example, at Hitchen Foods, apprentices redesigned a workspace occupied by 80 staff which resulted in a significant reduction in accident rates.. Another group saved money, time and materials by fixing mincing machinery resulting in a substantial reduction waste and in the cleaning process.