The dynamic collaboration between Hitchen Foods and CQM T&C has delivered dramatic results, both financially, and in behaviour and culture.

Cian Short, Training Manager, Hitchen Foods “It has opened our eyes to what can really be achieved by small changes, evidenced not only in our bottom line & production, but through the positive impact upon site culture. We are impressed by the achievements and have continued to roll the development out to more employees.”

Mike Lambert, Head of Operations, Hitchen Foods “It’s just about changing how we do things, our approach. We often hide behind the need to spend money, but more often than not, improvements come about through changing behaviours and culture on site.”

“This isn’t the end of it, this is just the start. Our teams need to be involved in making a difference and doing things differently as we’ll get so much more out of this business if we do. As a result of the programme we still have 60-70% of those involved looking at CI, taking the opportunity to step away from the daily routine to look at the bigger picture.”

Feedback from Learners on the FME L3 and IOP L2 Programmes

Milan Pikulik “Our teams can see we are putting new systems and improvements in place that are working effectively and making their daily processes easier. The changes we are making are working and I would definitely recommend this training to my colleagues.”

Damian Zareba, Mixing Team Manager “Our teams can see we are putting new systems and improvements in place that are working effectively and making their daily processes easier. Consequently, the ripple effect throughout the company has been staggering, generating a perceptible increase in the awareness of Continuous Improvement processes across the whole site.”

Maria Szafraniec, Section Co-ordinator and Young Apprentice Mentor, Hitchen Foods “I now have seen the whole production process from start to finish and the whole flow, not just my area. This helps me when something goes wrong, to identify the issue and to manage my team to minimise down time.”

Ruter Lukauskaite, Team Manager, Hitchen Foods “I’ve been in the UK for 5 years and at Hitchen Foods for 4 years. This is the first qualification I’ve achieved so it has really helped my confidence, particularly as I have just become a Team Manager.”

Liam Winrow, Engineering, Hitchen Foods “I used to be nervous talking in front of people, but I’m now really confident. I’ve had to present on my own to Senior Management several times.”

Cian Short, Training Manager at Bakkavor Hitchen Foods has been intrinsic in the ongoing successful deployment of this programme. It has become a ‘Case Study’ to which other sites can aspire to, and it is widely believed that going forwards, tailoring the programme to the individual needs of the sites within Bakkavor Group will enable Cian, who is now Bakkavor Group’s Apprenticeship Manager, achieve their primary focus for the utilisation of the Group’s levy money to improve productivity across the Group. Initially, the programme is going to be rolled out to the London and Spalding sites, but it will eventually become a Bakkavor Group wide initiative. 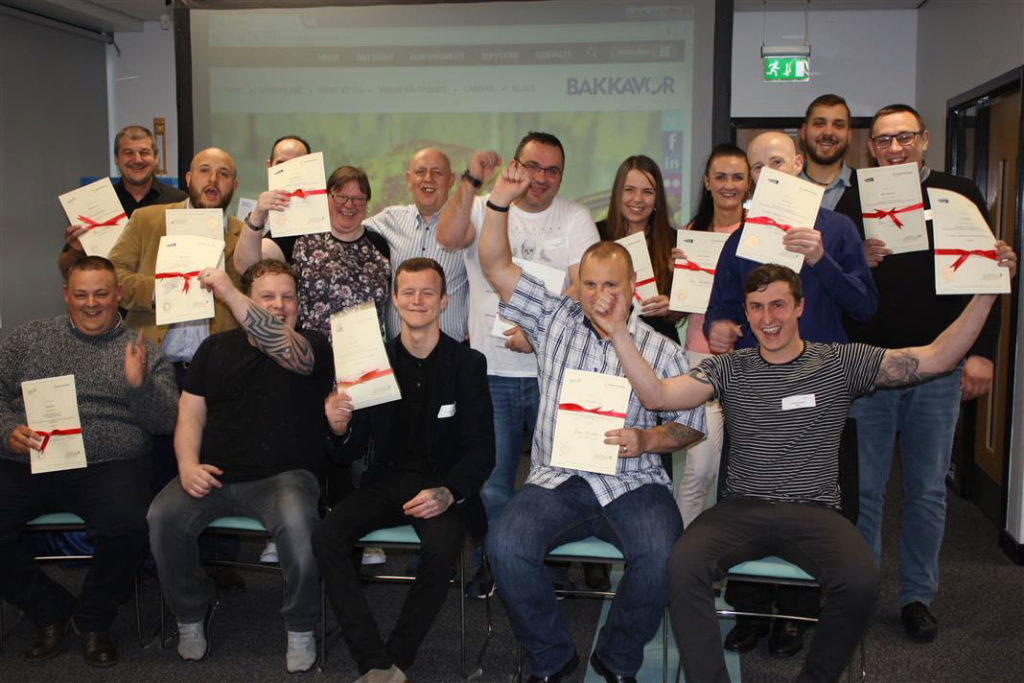